Edit
watch 01:54
Obi-Wan Finale - The Loop
Do you like this video?
Play Sound

The company was founded in 1860 by Thomas Ogden who opened a small retail store in Park Lane, Liverpool. Within a small period of time, he established more branches throughout Liverpool and then a factory on St. James Street in 1866.

By 1890, Thomas Ogden had six factories in Liverpool. Then in 1901, the American Tobacco Company bought Ogden's factory for 818,000 British pounds. But in 1902, with the establishment of the Imperial Tobacco Company, Odgen's Tobacco was back in British hands.

The company remained in business until the 1960's. Half of the main factory was demolished sometime around the 1980s to make way for a new building for the site's new owners Imperial Tobacco Limited. They closed the site's doors in 2007.

In 2016 the factory was demolished to make way for housing while the iconic Clock Tower was converted into 19 Apartments. It was completed in 2019.

Interior of the factory 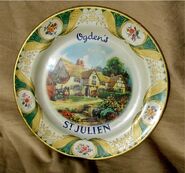 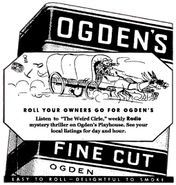 The site of the factory in 2019
Community content is available under CC-BY-SA unless otherwise noted.
Advertisement